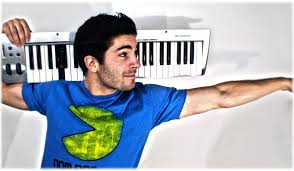 Catch 3LAU With Carnage On The Night Riot Experience Tour

With the release of Dance Floor Filth 3, This Song Is Sick premiered “the must hear bootleg pack” noting how “Justin’s (3LAU) skills at blending tracks has only got more amazing over the years and countless live shows, as he seamlessly goes from radio vocals to gritty hard hitting electro and trap basslines.” Dance Floor Filth 3 is now available as a free download HERE.

3LAU elaborates on his newest musical endeavor: “Dance Floor Filth 3 is a culmination of lots of complex edits I’ve been playing in 3LAU HAUS and my live sets over the past 2 months! Each track is meant to capture popular, heavy hitting dance records, while adding a unique layer of familiarity from pop, hip-hop and 3LAU original acapellas. I also wanted to feature a bunch of my favorite tracks from friends of mine including Krewella, Martin Garrix, Timeflies, and more!”

Catch 3LAU on tour this fall as he teams up with Carnage to headline the Night Riot Experience tour which spawned as part of Elektro’s annual Freshman Class where both artists made the top of 2013’s class list. Part of Monster Energy’s Breakout Tour, the ten-city adventure started in Ann Arbor, Michigan and will wrap up on December 14th in Houston, Texas. See dates below.