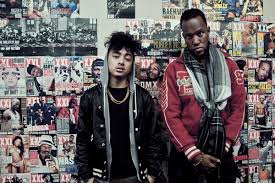 This Tornoto based duo, Airplane Boys, who played Cochella last year and
opened for Snoop Dogg in The UK as well as toured Asia is
offering their new album Free! From the first song of the
album “Globetortters” you instantly can tell this is an
amazing album form an amazing band. Each track is great I
cant pick a song I hate or even skipped over. I’m not going
to lie, I have never heard of this band before and was not
expecting to love the band. The album, Brave New World, is
exactly the kind of music Hip Hop was missing for a while.
This band is definitely something to look out for, they are
going to be a big deal in 2013! Here is the link to
download the album for free: http://theairplaneboys.com