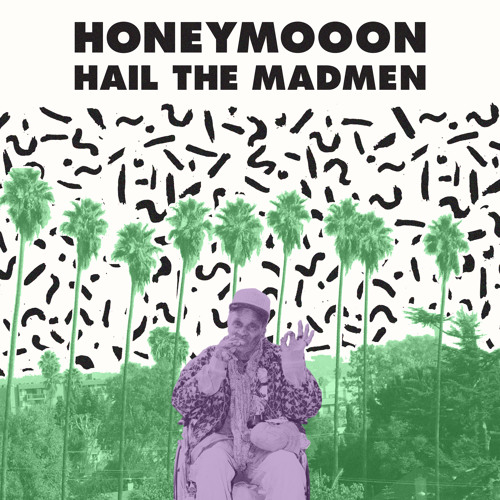 Honeymoon made us jump out of our chairs in excitement this afternoon. “Hail The Madmen” is a jaunty disco-pop//lo-fi/dance song. If this is the type of music we’re going to get from Honeymoon then we are very excited. This will get you moving almost instantly. We give this a 9 out of 10 on the FUZZ METER!

SOUNDS: 70’s disco and 60’s psychadelia made love and this was the result

Honeymooon is the romantic conception of Australian music producers, Aaron Shanahan and Benjamin Plant.  After many years producing and writing electronic music, the duo have given birth to a new project which investigates their love of colourful psychedelic 60’s-70’s pop.

Having spent the last year relocated in Los Angeles, an overflow of inspiration has left them with a combination of everything from soft blissed out dreamscapes to the hot Californian sun burns that will be felt with their first single “Hail The Madmen”.

With an amalgamation of lo-fi squelch, dreamy guitars and warping synths, Honeymooon is a true aural trip into the west coast sun.  Through a kaleidoscope of melodies, they provide the sonic colour and boldness that most music seems to forget.

Their debut track “Hail the Madmen” is inspired by the problems and impact of the homeless in San Fran and LA.  The result is a cartoonish, psychedelic ditty that sends its listener on a Magical Mystery Tour of sounds with a conscience.

The release of the “Hail the Madmen” single will be accompanied by a visual film directed by Dimitri Basil, who previously put his classy touch on Flight Facilities video for “Foreign Language”.

A full length album is forthcoming so expect your summers to be warmed by an additional slice of lush-pop inspired by the likes of Fleetwood Mac, The Beatles, and Todd Rundgren heard crawling through lost 70’s albums, and blooming through surreal lo-fi speakers.