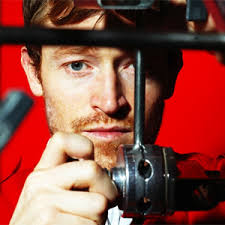 From the sultry ache of opener Bloodlines – a nod to Massive Attack’s Unfinished Sympathy “about not picking up the bad habits of the generation before you”, says Mathé – to the Pharrell Williams-inspired urban crunch of ‘Turbine‘, all the way to ‘The Load’, written when Mathé was indulging in his love of Jurassic 5 era 90s hip hop, Bloodlines is a brilliantly varied listen that pulls and paws at your heartstrings. If there’s a gloriously loose, tenebrous feel to songs like the blue-eyed electro-soul ‘Pagliacco‘, it might have something to do with the Londoner’s organic approach to song writing. “I just sit down with my dictaphone and make sense of what comes out afterwards. The best stuff usually comes when I’m hungover or not really thinking. The minute I try to be clever with words, it just sounds shit,” Mathé laughs.  Instead, the album’s lyrics burn with a simple, poignant immediacy and Mathé sings them with touching, soulful grace.

Tender yet triumphant, Bloodlines marks Mathé as one of Britain’s most versatile and adventurous artists.

Following support slots with Junip (in which Mathé plays live) and label mates POLIÇA, Barbarossa will be performing live across the summer including Bestival. Dates below.