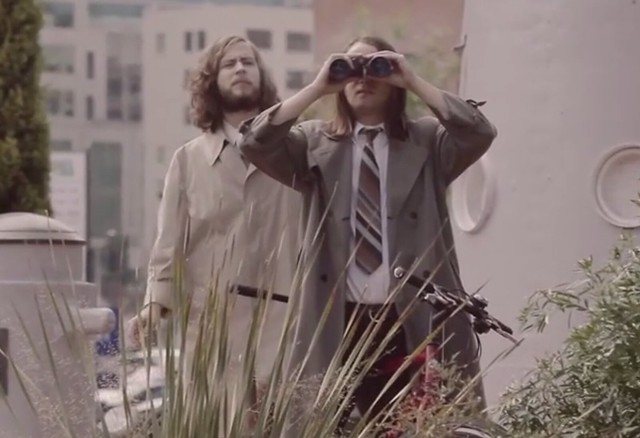 In conjunction with this week’s release of their sophomore album Bazaar, Wampire are sharing the video for lead album single “Wizard Staff” today. Directed by Robbie Augspurger, the clip finds the two playing two deadbeat cops that are attempting to “find the wizard who has haunted their dreams” according to Wampire’s Eric Phipps. Its release also comes in the midst of the band’s current headlining North American tour with Montreal’s TOPS. Check out the new video and see all of the band’s upcoming tour dates below.