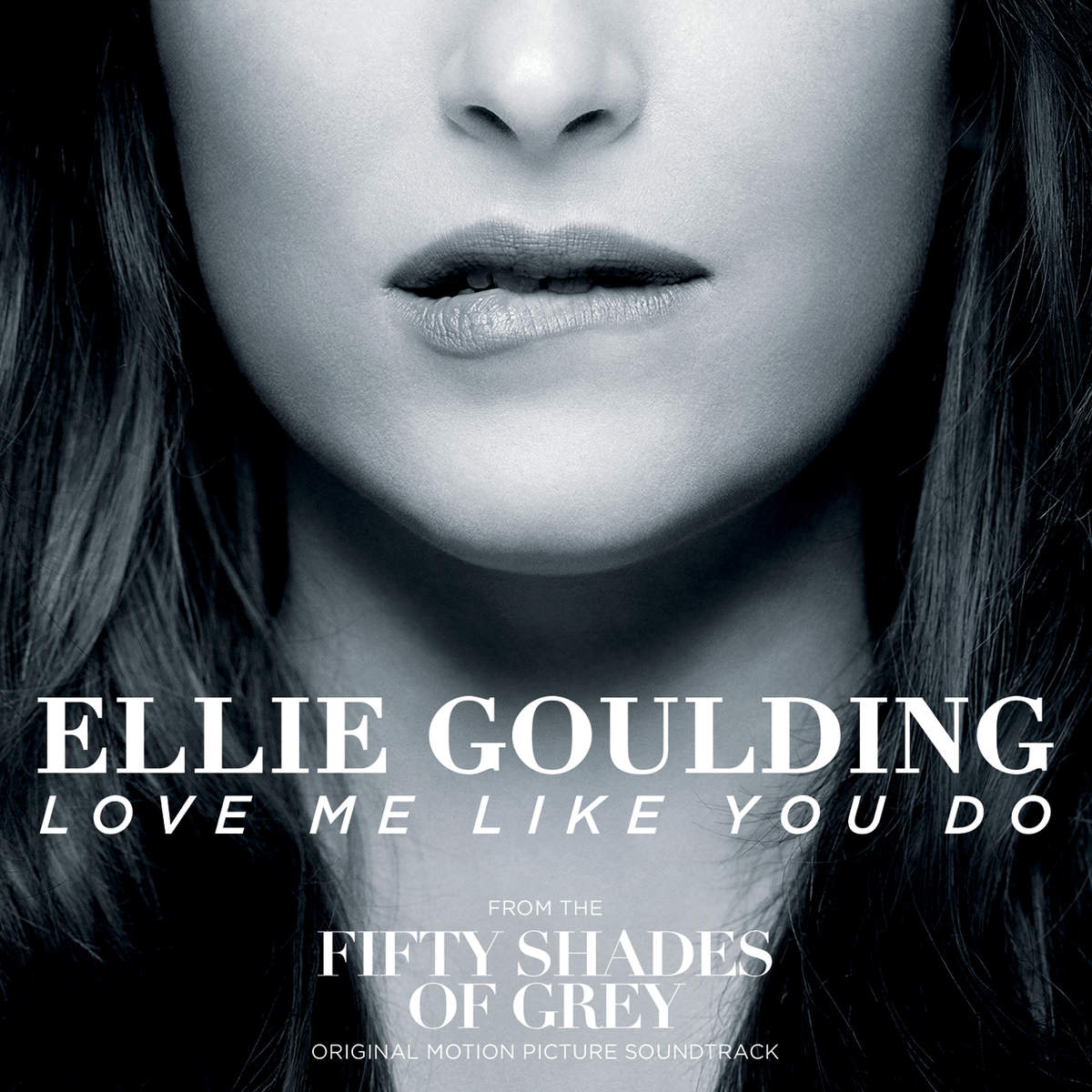 I’d be curious if anyone stood at the sidelines as women (and men) lined bookstores’ isles to purchase the “Fifty Shades of Grey” paperback. I’d like to talk to this guy and find out if he will be watching who is naughty enough to watch Universal Pictures and Focus Features’ theatrical. My guess is many many many of the same folk. One gal who is sure to be among the premiere attendees is the “Love Me Like You Do” singer Ellie Goulding.
The singer-songwriter released this music video laden with a real first look at the #50Shades movie. In what is promoted as a ballad, we see tons more sweat and spice than the honeylicious sweetness of a true ballad through the eyes of actors Jamie Dornan and Dakota Johnson. Up at #5 on the soundtrack the song sounds nothing like the Justin Bieber and Jaden Smith versions. Which is racier?

Ellie stands within Christian Grey’s mansion ballroom as she uses her emotion and sultry to captivate her audience with a ballet performance of her own: “Fading in, fading out, On the edge of paradise, Every inch of your skin is a holy grail I’ve got to find”. Many of her steps are syncing with those of Christian and Anastasia. Tantalizing clips of the film flash, though none as racy and scandalous as the one swe are told the movie holds. The most visual moment might be a little bit of lip biting and the ginormous size of Ellie’s partner’s biceps. For those who care there was a blindfold, whip, ice cubes and wrist restraint sighting.
The film slated for release on the 13th in time for Valentines Day will feature this soundtrack available for preorder on iTunes. Ellie will join other major artists including Annie Lenox, Laura Welsh, The Weeknd  who himself will have 3 track (none with Ari Grande), Jessie Ware, Beyonce Knowles twice, Sia, The Rolling Stones, Awolnation, Frank Sinatra, Vaults and Danny Elfman twice.

Love Me Like You Do was written by: Ilya, Tove Lo, Savan Kotecha, Max Martin, and Ali Payami and the video was directed by Georgia Hudson and produced by Amber Millington of Agile Films. The track has begun to make an imprint on the US Billboard charts where is currently stands at 31, since its January 7th debut.
The film itself is as historical at E.L. James’ hardcover companion as online theater ticket sales have already surpassed records. Theater insiders proclaim it will hit the $40-50 million mark over its inaugural weekend. The trailers released had their own records with over 100,000,000 views in just 1 week. Yup you are still counting those zeroes. This is more than likely be the fastest selling Rated-R movie. Say goodbye to the Hangovers and Gone Girl, 50 Shades is here to stay. Don’t forget Ellie’s advice: “Touch me like you do, What are you waiting for?”
“Love Me Like You Do” can be purchased now on iTunes. For everything Ellie, visit www.elliegoulding.com, her Twitter or Instagram.

WATCH THE OFFICIAL VIDEO ON VEVO