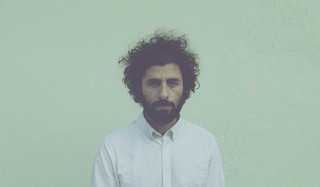 He did it again.  Jose Gonzalez debuts the second single off his soon to be release CD, Vestiges & Claws while preparing for his world tour.  This song is another extreme triumph for a very exotic singer/songwriter from Sweden.  The Swedish scene is unbelievably diverse, but always interesting, if not fantastic.  Gonzalez is fantastic.  His acoustic guitar work is out of this world.   Vestiges & Claws is Gonzalez’s first album in seven years and was produced by him in his home as well as Svenska Grammofonstudion, both in Gothenburg, Sweden. It consists of years’ worth of musical sketches that in other hands might naturally sprawl wildly in sound and style, but on Vestiges & Claws, he has created a collection of songs that cohere just about perfectly, ensuring his position as one of the most important artists of his generation.  His “sketches” are so deep, this writer is reminded of the sketches of Romantic composer, Edward MacDowell.  Gonzalez is a romantic in the very best sense of the word.  Thank you, Jose.  Below is his 2015 tour schedule.  Catch him if you can.