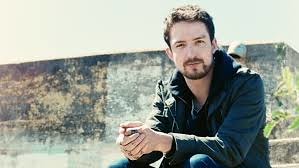 Frank Turner named this album for me.  I am one of those negative people who needs positive songs.  Turner succeeds in every way.  Both in the studio and during live performances, Turner is accompanied by his backing band, The Sleeping Souls, which consists of Ben Lloyd (guitar, mandolin), Tarrant Anderson (bass), Matt Nasir (piano) and Nigel Powell (drums).  Turner is a treasure.  He used to be vocalist for post-hardcore band, Million Dead.  His new material is more of an upbeat Father John Misty or Bonny “Prince” Billy, which, of course, is not fair to anyone on the list, because all of them are different.  Turner’s new album is actually for people with issues of depression.  Turner makes me feel better, and that is not the easiest thing in the world.  I am super impressed.  Thank you, Mr. Turner, for brightening my world.  I believe you.