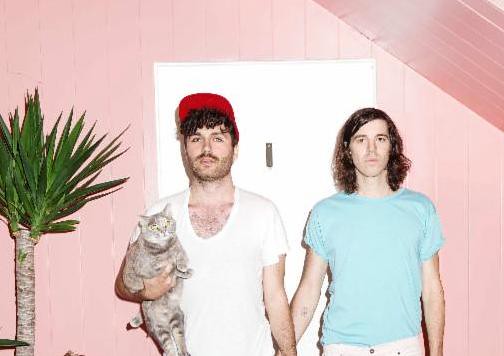 We featured this duo a while back under the name ‘Honeymoon’, now named Wunder Wunder. They released their first full-length album Everything Infinite earlier this year. They are back today to share the video for single “Hail The Madmen.” They deliver disaster on the beach of epic proportions in this crazy video. You can’t help but smile when you hear this song that lifts you right to a sunny place.

Wunder Wunder is also proud to announce an upcoming show in San Diego and will also be returning to their motherland, Australia, for shows in Sydney and Melbourne in September. Everything Infinite is now available via Dovecote Records. Learn more about Wunder Wunder and watch the video below.