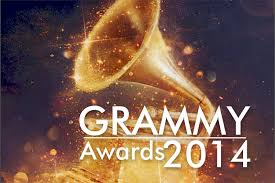 When it comes to the Grammy’s good years have been few and far between. However, 2014 proved to be their strongest year yet with some of the most incredible live acts taking the stage for what may have been the greatest Grammy Awards ever. Although, we can’t ignore some questionable artists, looks and performances…right? 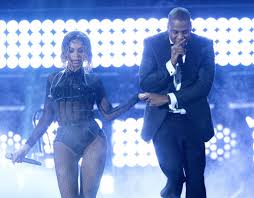 Beyonce and Jay-Z opened the Grammys with a proved to be a steamy performance between the couple on B’s single “Drunk In Love.” However, the performance was riddled with bleeps and censors, think they could have made an FCC-friendly version? 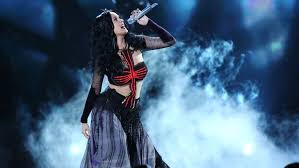 Katy Perry scared the children away with her creepy performance of “Dark Horse” with Juicy J. The performance was filled with eerie trees, dancing horses, gyrating dancers and FIRE (of course)! Perry did a great job vocally and looked like a modern day Elvira in her gothic garb.

Taylor Swift may have looked stunning but her “stunned” look when she thought she won the Grammy for “Red” was priceless. Swift even got up from her seat to accept the award but sat right back down when she realized it was “Random Access Memories.” Shows the attention span of some people! 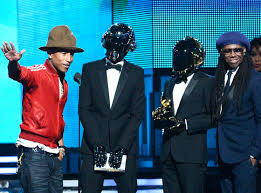 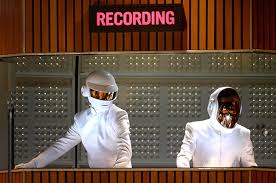 Daft Punk swept 5 grammy’s from all the categories they were nominated for including the biggest honor, album of the year. Pharrell Williams & Nile Rodgers spoke on behalf of the silent robots who made the best costume change of the night. The French pop duo even got the likes of Stevie Wonder to collaborate with them; talk about a little help from their friends. The duo proves to be one of the biggest musical acts today years after their 1992 debut on the music scene. Bravo Daft Punk! 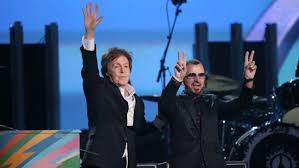 When we think about music legends there’s always one band that comes to mind; The Beatles. Now, when you have two living legends take the stage for a performance honoring their incredible solo careers and their time in that group, you kind of trump all other acts. Paul McCartney & Ringo Starr performed together for the first time since 2009 highlighting McCartney’s new songs, a Starr solo and some Beatle’s classics.

I spoke too soon though. What could actually trump the Beatles? How about Macklemore, Ryan Lewis, Mary Lambert, Queen Latifah & MADONNA officiating the marriages of 33 couples live at the grammy’s? And couples that are both gay, straight, black, white, etc? All while a song about equality for gay couples, “Same Love,” is sung to a packed room and millions of viewers around the world; oh and Madonna sings your wedding song “Open Your Heart” at the end? Yeah, I don’t think anything can really top that. Check it out above.

Love the FUZZ? Say so in our comments! You may just win tickets to the next show we feature!