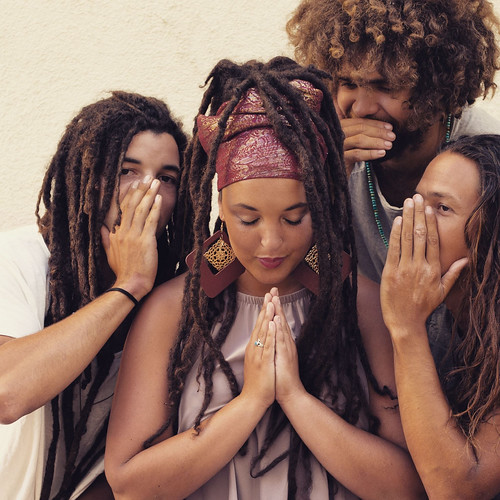 Reggae that doesn’t take itself too seriously.  And also updated for the teens.  Formed just one year ago, SayReal is fronted by Naia Kete from 2012’s season of NBC’s “The Voice.” Her brother Imani Elijah (percussion, keys, voice), Lightfoot (guitar, percussion, voice) and Lee John (bass, voice, percussion) complete the band. Originally a group of solo musicians, the quartet was discovered by producer Randy Jackson during an impromptu set at Hollywood’s Hotel Cafe in late 2014.  I love this sound.  SayReal is definitely unbelievable.  I am so glad that reggae is making a comeback, without the deadly seriousness that sometimes dragged down the movement.  Naia Kete reminds me of early Poly Styrene when she recorded as Mari Elliot.  The combination of reggae and ska, the amazing quality of the band, the beautiful voice of Kete, all swirl around into a tremendous mix that I could dance to all night long.  Nothing like dancing all night to reggae to get that romantic sensual blood going.  Thank you, SayReal.  This is the real thing.